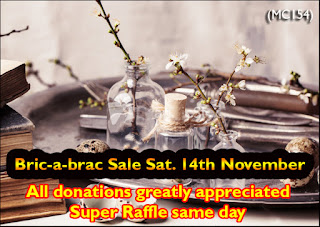 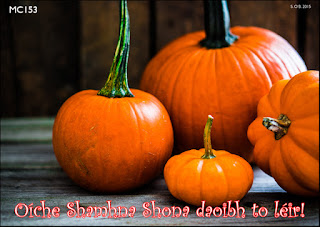 A great
HALLOWEEN
to all our clients, staff, volunteers
and worldwide viewers!
By Seán - October 22, 2015 No comments:


Wednesday, September 16th,
was a busier day than ever,
with at least three new clients turning up for the regular weekly music session. 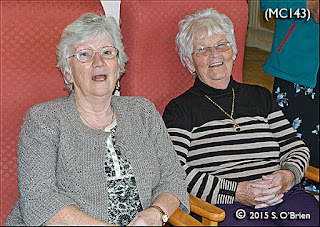 New arrivals, Kathleen and Eileen from Carrick-on-Suir,
obviously enjoying themselves . . . 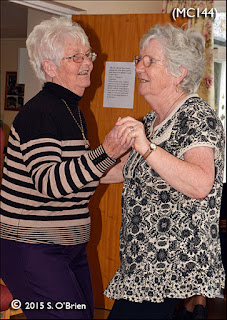 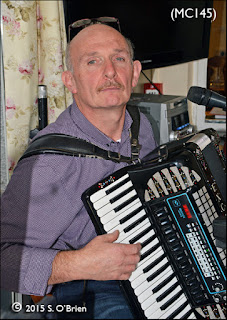 Waltzing was the popular style, but some showed off their jiving capabilities too!
Kevin Nolan was well able to satisfy all their needs 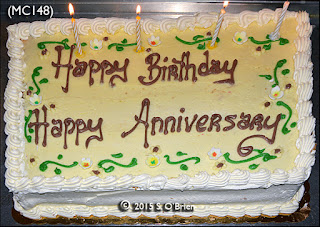 Then Alice, made a dramatic entry with this magnificent cake.
Two dedications on the icing had us puzzled. 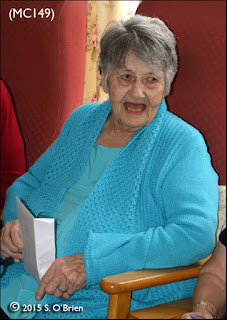 Dorothy Lannon,
with her 60th wedding anniversary
commemorated on the special cake. 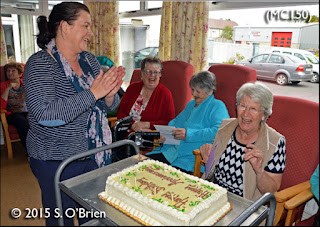 Secondly, it was Ann Richardson's birthday.
We didn't ask which one! 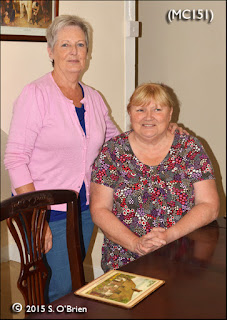 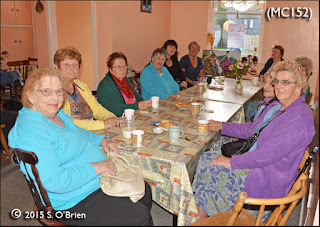 The very next morning, many of the clients were transported to
The Fountain Centre,
where they supported the annual, national
Coffee Morning
in aid of the Hospice Services.